Meet some of Our volunteers

Because individually we can only achieve so much 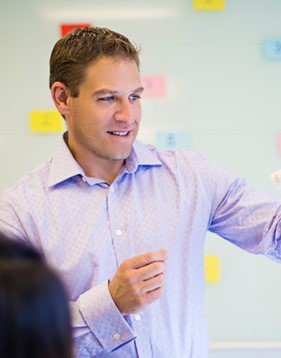 With two master degrees in education, a teaching credential from the State of California (U.S.A.), and an Academic Life Coach certificate from an ICF accredited program, Matthew’s passion is to help people grow intellectually and develop leadership skills necessary for living in the 21st Century.
Matthew is a member of the Golden Key International Honour Society and has extensive volunteer experience, including working at Mother Teresa’s first home for the dying and destitute in Calcutta, India. Matthew’s current mission in life is to build his Life Coaching business while also promoting and expanding H.O.P.E.’s vision in Kyiv, Ukraine. 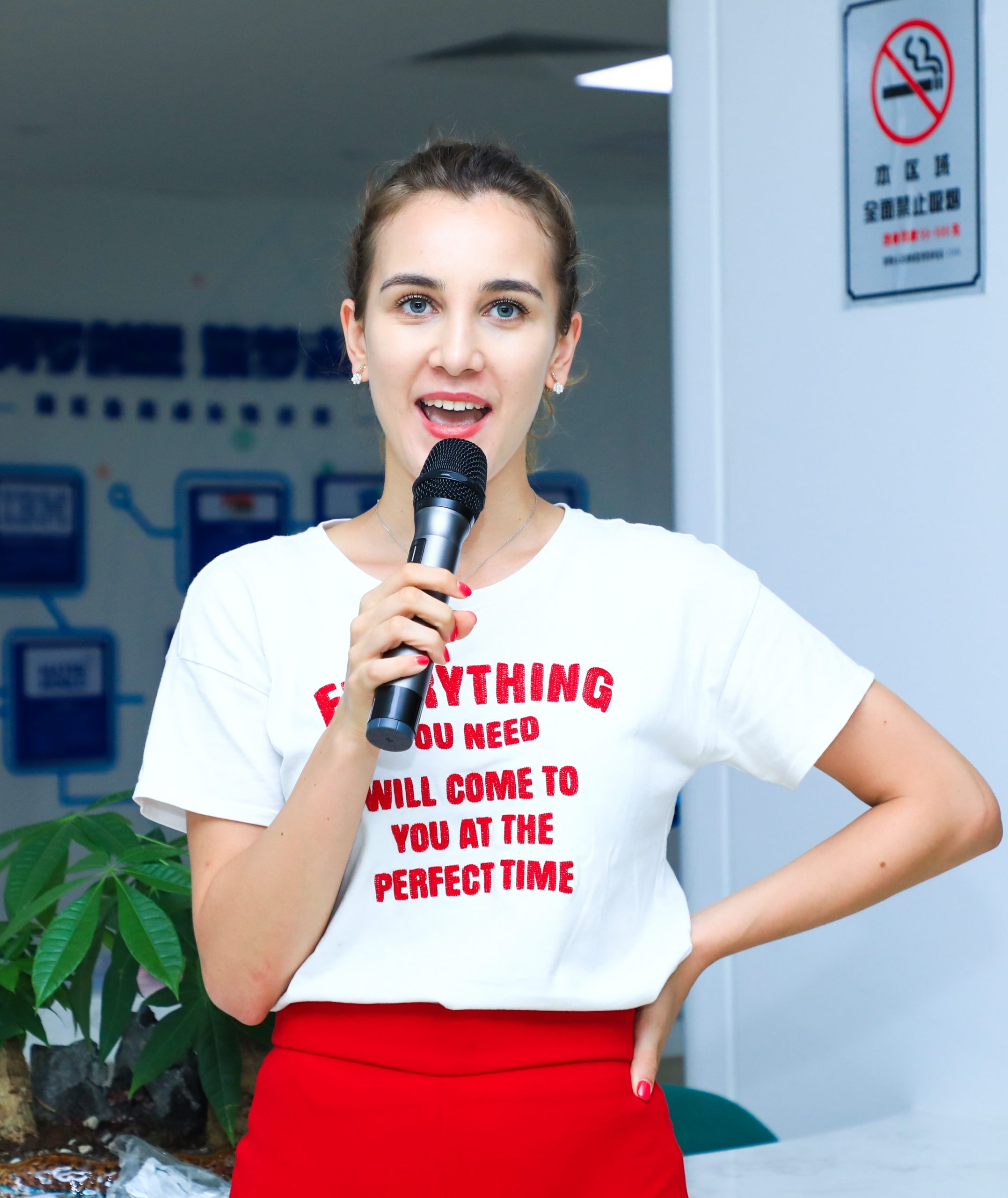 Hi I am 23 years old and currently living in Shenzhen-China as a full time English Teacher.
When i first arrived in China everything was new and different; finding HOPE was the first sense of home i was able to come across. This group of volunteers, all from different parts of the world, taught me and showed me something i have always wanted to take part in: Being a volunteer is grounding, it reminds me of how we need to keep promoting empathy and kindness to one another. It’s also the perfect way to make friends and create lasting memories. We have organized a number of events for the local community, all succeeding in some form, and allowing the program to develop and gain more awareness.
Although i won’t be staying in China, as i want to pursue my writing ambitions, HOPE will always stay with me, alongside the lovely people that are part of it. 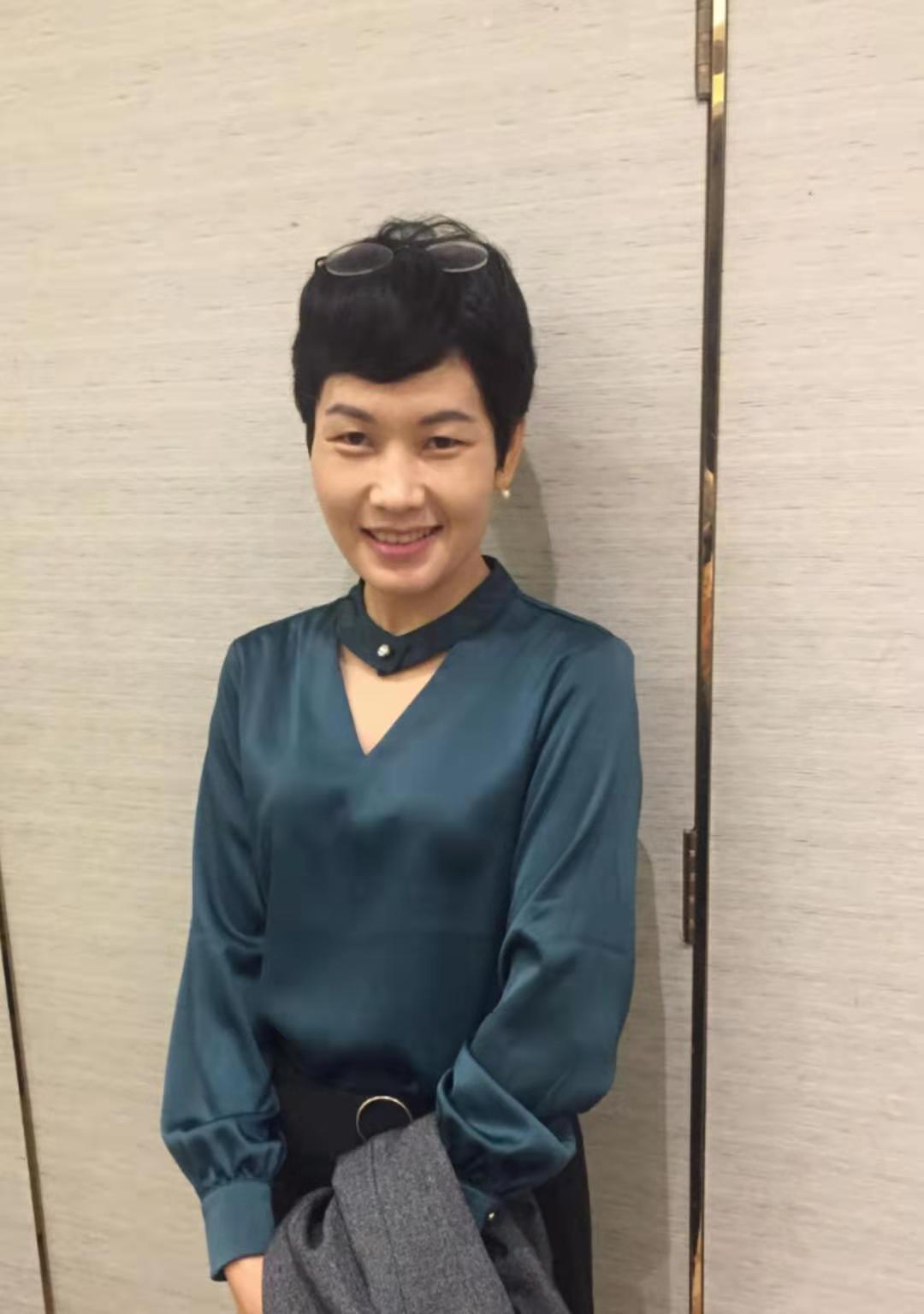 Hi my daily job is to bring insurance into everyone’s life. Especially in China, as a developing country, the popularity of insurance is very low. But everyday we make a little progress on it.
Although working is crazy busy everyday,i’m still looking for another value of life,that’s why i joined HOPE. Here you can help those people who needs help indeed; here you can make so many incredible friends; here you feel happy when we stay together !
So,join us,let’s sharing,helping,giving, use the power of love. i’m sure , you’ll have a bunch of amazing times with us. 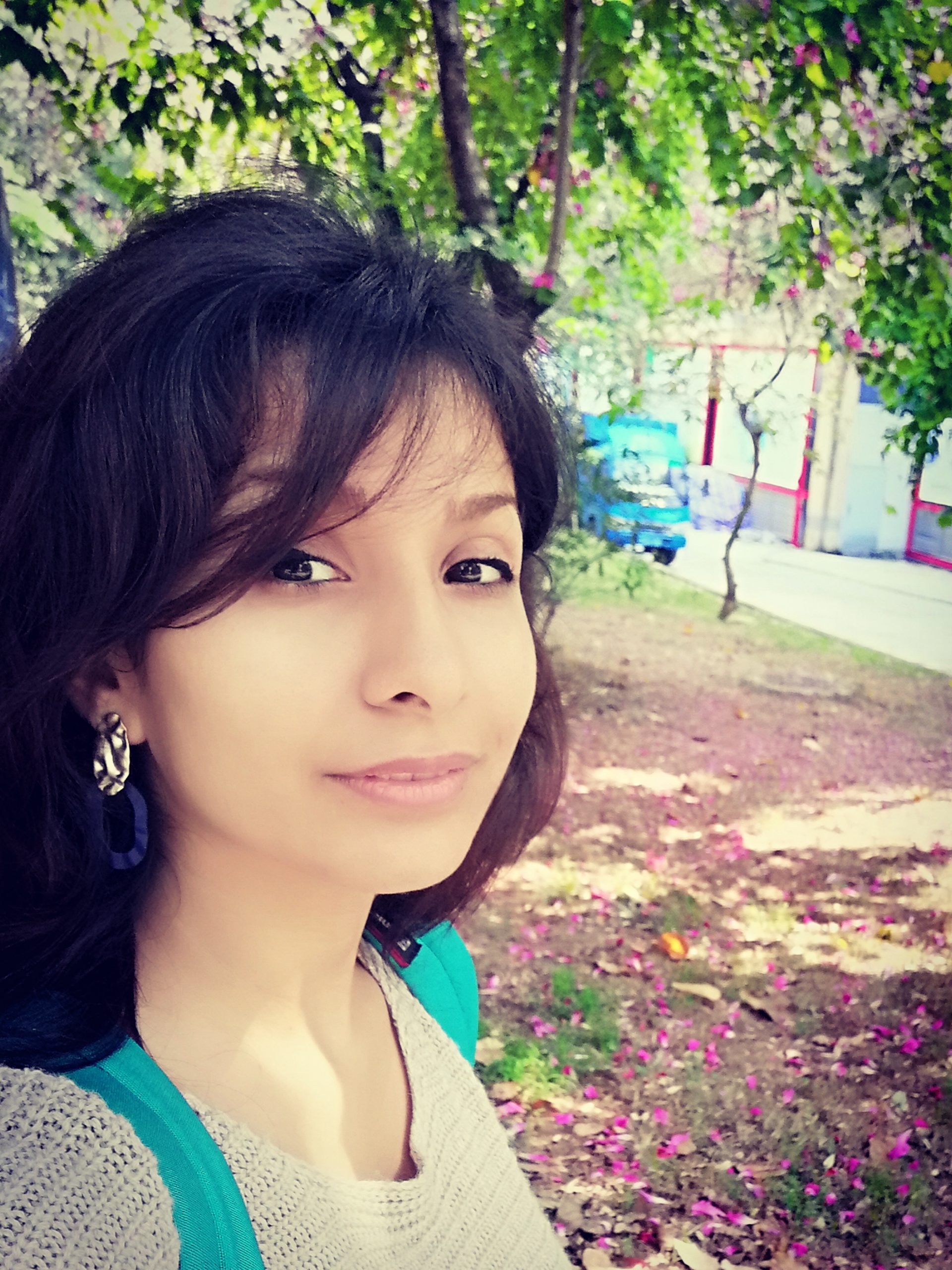 My name is Melody. A Persian girl from a beautiful country, IRAN.

I have been in Shenzhen since May 2016. I have been studying Chinese Language at Shenzhen University for four semesters so far. In October 2019, I got to know about H.O.P.E program and became one of their members. So far, I have been joining many of their volunteering activities and been hosting two of them myself, teaching locals and expats how to “Make Natural Soaps” using Doterra essential oils and offering weekly  “Online English Corner” for Chinese locals.

I should say that taking part in any of these volunteering activities has added precious moral values to my life here in China. It has considerably expanded my circle of friends letting me feel supported as an expat. I am very happy to say that H.O.P.E has been helping many locals and expats so far especially during the epidemic Corona virus period, a period in which many of us could experience some mood swings at some levels. However, H.O.P.E has been encouraging everyone to stay positive and bring positives to everyone’s life. H.O.P.E has empowered many people from all walks of life and has brought values to their lives as everyone will be supported and is willing to support others.

During the epidemic Corona virus period, our team has offered various activities with the purpose of “Helping One Person Every day.”  As I mentioned before, I personally have started my English Corner for Chinese locals in order to help them with their conversational language skills. Besides, I am in charge of marketing materials for our weekly activities which makes me feel wonderful as I have always been passionate about art and design. So most of us have been given the chance to do what we are passionate about and share it with others.

I would like to say that with H.O.P.E I feel I am supported and empowered every day and I am truly excited to help anyone I can even my family and friends back home. With H.O.P.E I have been exploring myself, knowing more about my potentials and capabilities. So I passionately would like to offer anything I can to let everyone feel special!

I am planning to be one of its representatives in my home country IRAN and in the near future in Europe! 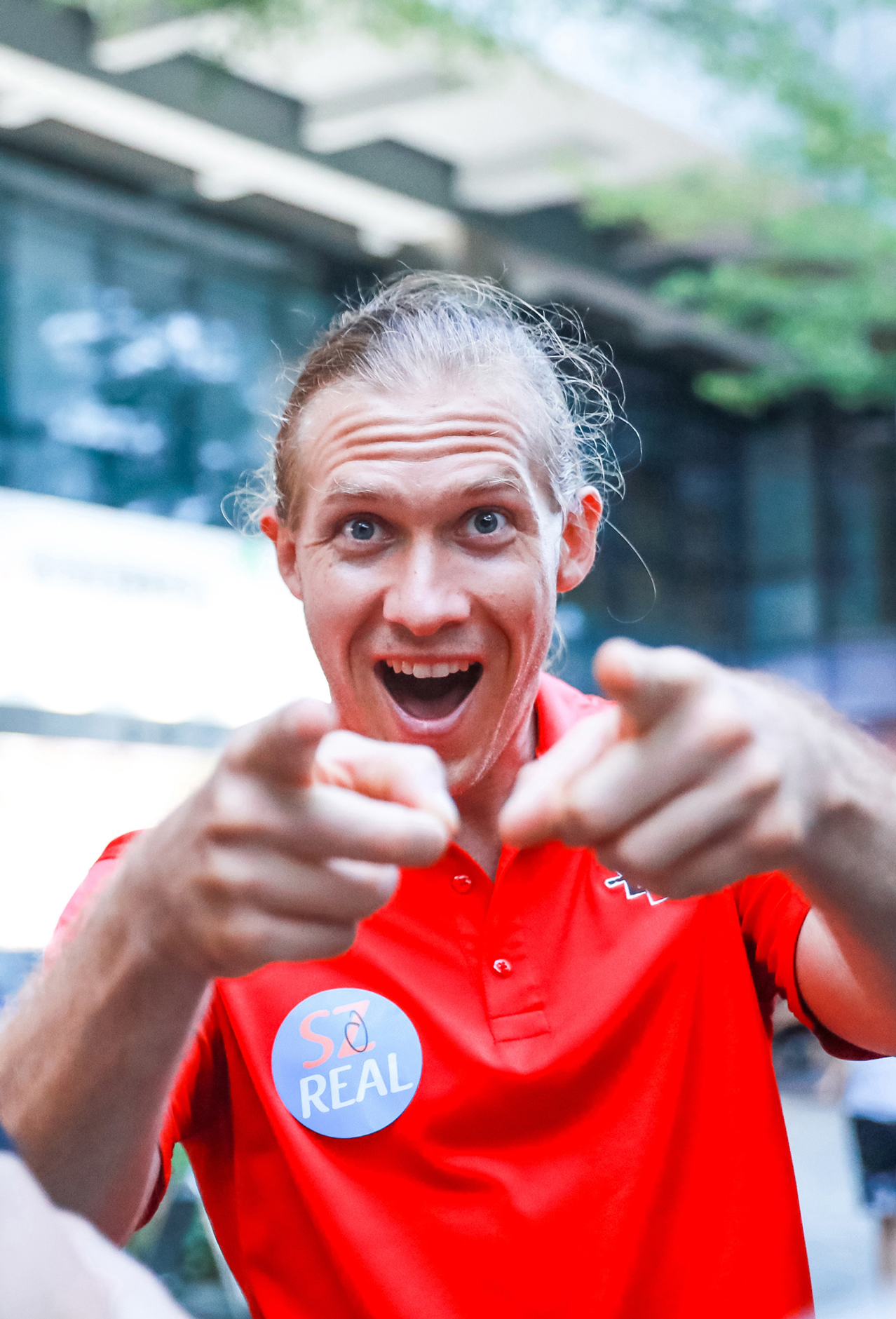 It has been my pleasure to volunteer with the hope program. I have proudly supported Bruno’s efforts from the beginning. It has felt amazing to be a part of a growing, global community that has brought Chinese and expats together. It was especially rewarding to share some parts of my story in China at our Shenzhen Real event so people could see the benefits of living in Shenzhen. 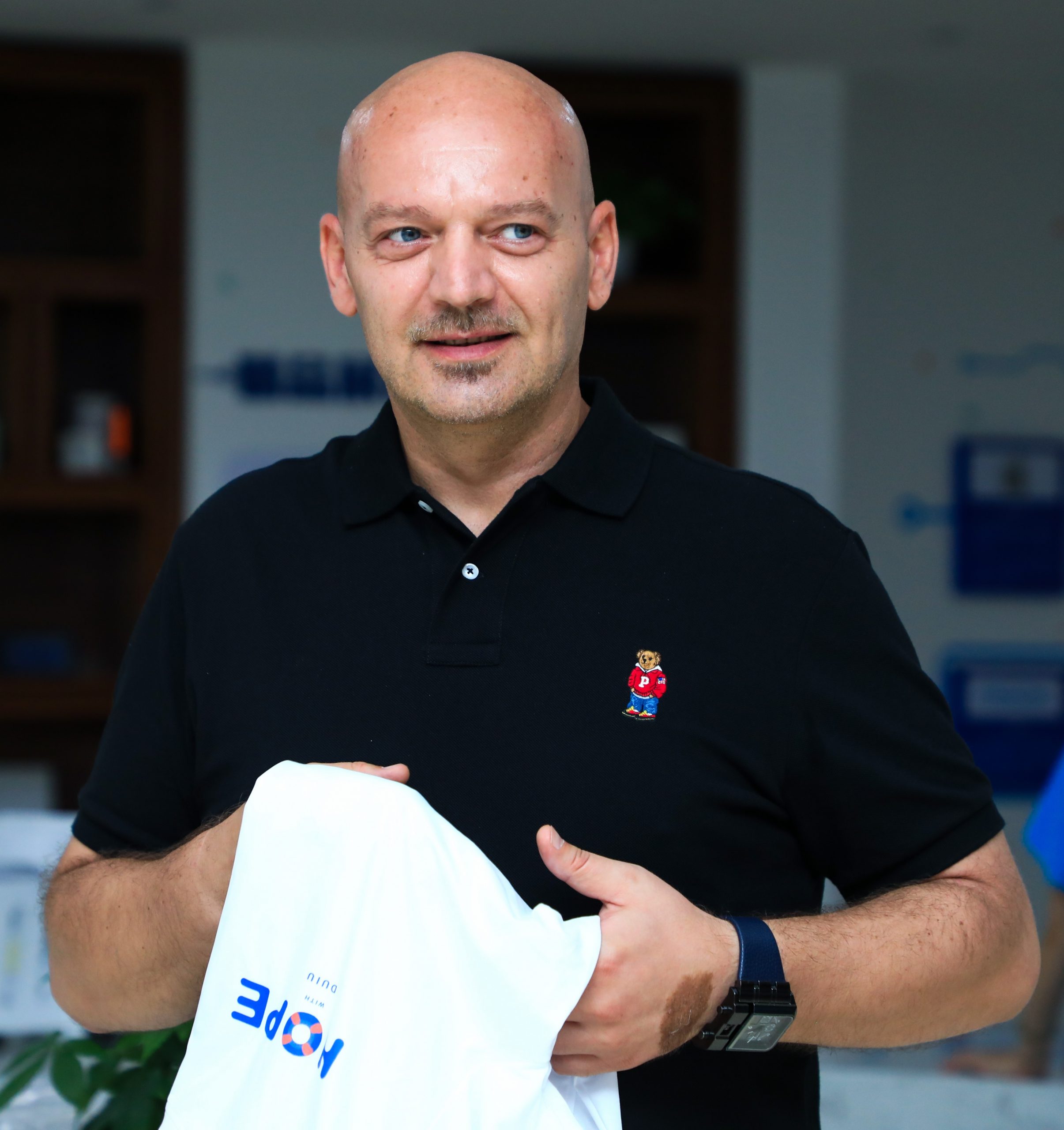 I am from Romania, and enjoying a rich life experience on all the plans. I presented TV shows, cooked classes, I ran my own businesses ( a kindergarten and a private school, 2 years student of faculty Transylvania from Brasov, Romania, Psychology Department – Preschool Education, Black belt and coach martial art style Qwan Ki Do, and National Champion, Actor at the National Theater in Bucharest and Bulandra Theater, BBC School Courses (British Broadcasting Corporation), Sales manager at Monitorul and Curentul newspaper.

I came to China with a precise purpose, namely to set up the Chinese Federation of Qwan Ki Do. QWAN KI DO is a Martial Art with ancient traditions but at the same time one of the most modern methods of fighting. My challenge is to prepare children and adults to participate in international competitions.But the biggest challenge is to organize the next World Qwan Ki Do Championship in Shenzhen, which brings together approximately 22 countries from around the world, a championship that will be attended by around 1000 athletes. It is important for China to have up to that point athletes trained, with a good technical level for representing China.

involved as a volunteer in a local government program: H.O.P.E. (Hope One Person Every day), in the name of Yanshan Community, which was initiated by Bruno Schuyten from Belgium, as an International Volunteer Team, where I have already initiated two projects, one was about blood donation, and the second is already permanent, a self-defense class dedicated to women.

I am an active person, I like to be around people, I like challenges. Maybe this is one of the reasons why I am in China today. But China, as it looks today, makes me feel at home, I could say that I feel more at home here than in my country …

After 6 years working in cooperate, the 9 to 5 corporate treadmill left me feeling unfulfilled.

Now, I’m currently living in Shenzhen as a digital creator.

It has been such a pleasure to know Bruno and to volunteer with the HOPE program. I am passionate about protecting our environment, saving our planet and helping others. And HOPE is the right place to be! It brought like-minded friends all over the globe, we together, are creating powerful things this world needs right now: positive energy, empathy, and kindness. HOPE is like a big family for me, it taught me valuable things, provide me the opportunities to serve others and reminds me that sometimes little things you can do might change others lives.
My mission is to help self-driven individuals building a business & life that they truly LOVE by giving you the same opportunity that’s been given to me – valuable trainings and resources that have changed my life. 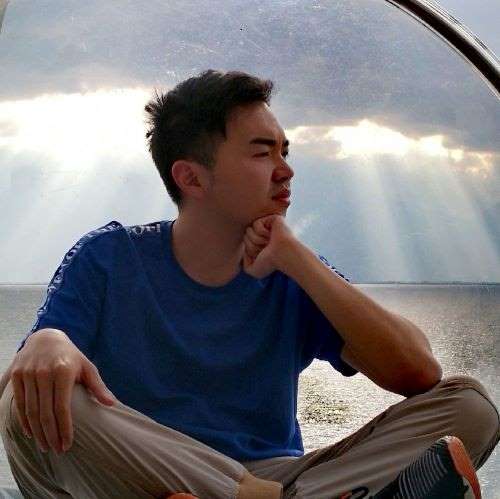 Hi folks, I am JT. I am very honored to join this program. I am from Shenzhen, China. I specialize in animation, illustrations, comics, and game design. I had my Bachelor in animation& new media in SAIC, and I am going to pursue my postgraduate in game design at the University of London.

I had my undergraduate in Chicago, United States. The four-year experience of studying abroad makes me understand that it is not easy to study and live in a different country. It is very imperative for us to build a bridge between people from different backgrounds so that we can better understand and help each other. I am thrilled to help build the bridge with my advantages. I think if I knew HOPE Program two years earlier, I would be very envious of myself. HOPE is the first community I have seen in my life, which program aims to help everyone from different backgrounds and diminishes anxiety. 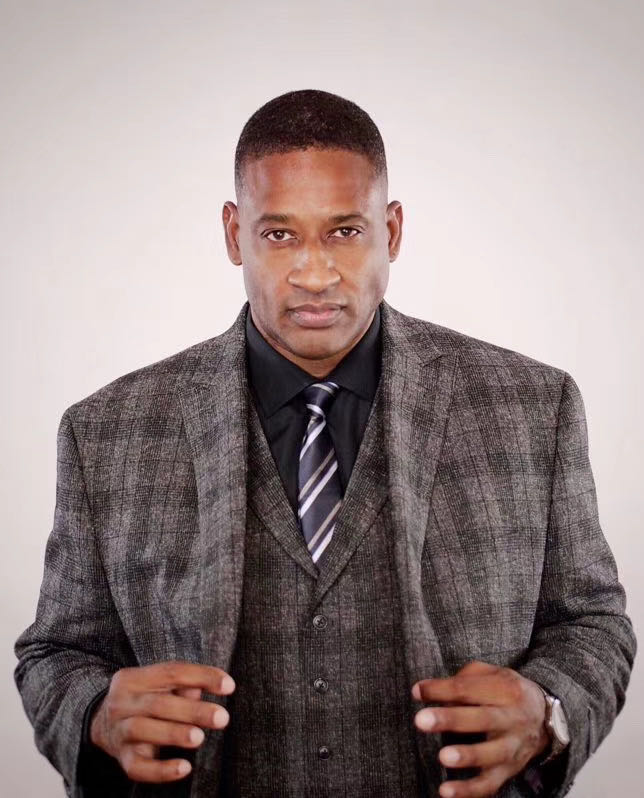 It has been great to meet others with good hearts who want to do something for the world, and recognize that it is necessary to take action to make change. 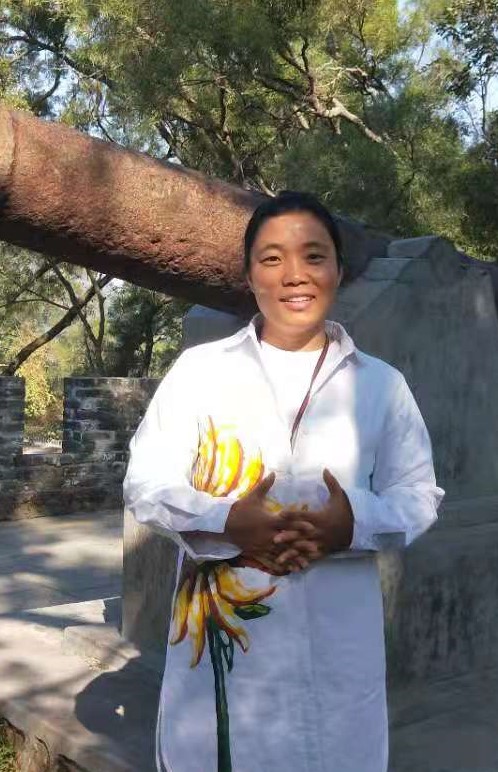 Hi I am a Chinese native who teaches Chinese Mandarin to foreigners. I have joined this hope program because I love the people who are organizing and operating it.


Coming from an unknown small town in a developing province in China without a life coach during my adolescence, luckily getting benefit from a good education at my high school, and being positively affected by my high school classmates and people who I meet in Shenzhen, I can deeply understand how it is important to those people who come from developing places,to get good school education, to get enough effective information every time before you make an important decision about your life,and how it would be helpful to a person’s growth to live in a developed social environment and to be surrounded by a group of open-minded and excellent friends.

Thanks to my friend Bruno, it is my honor to be a member of HOPE Program so that I could help people who need help by sharing my life experiences and I hope that I can be a lifelong learner and grow up to be a better International citizen, devoting myself to be a bridge in intercultural communication based on the platform of HOPE Program community.

Wanna be one of us?

Get in touch if you’re either in Shenzhen or elsewhere with Chef Bruno or in Kyiv with Matthew and we’ll make sure you get plugged in the resources directly, or register here…

who is it, what i do, why HOPE and link to more personal or business connection

What are you waiting for?

Book a chat with Chef Bruno himself

Become a part of this amazing international movement of time generosity and abundance, serve your community anywhere it be

Thank you for connecting with us. We will respond to you shortly.

THE GREATEST DISTANCE BETWEEN PEOPLE ISN'T SPACE BUT CULTURE